Louise Hosking looks at the new 2015 CDM changes and how they will affect not just commercial projects, but domestic (homeowner) clients 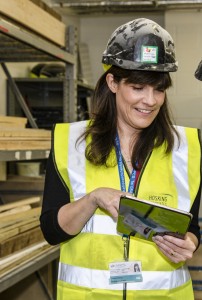 The snowdrops are poking their heads through the ground, daffodils are in bloom and the green shoots of spring are appearing. It’s that time of year when homeowners are most keen to start building projects to capture the good weather, and have projects completed in time for the summer.

However, there is a new piece of safety legislation – Construction (Design & Management) Regulations 2015 (CDM) – coming into force on 6th April 2015 which is going to affect all homeowners commissioning work.

There are also 2015 CDM changes for anyone commissioning or involved with commercial projects, and all construction work is now covered by CDM requirements from 6th April 2015.

CDM is not new. It is a piece of legislation which aims to reduce accidents during construction projects via good design, planning & co-operation. It also specifies legal requirements on site safety and for welfare (e.g. toilets and rest areas.) The way a project is designed and managed can reduce risks to workers significantly. For example, designers can reduce risks from fragile roof lights by specifying more robust materials. The site safety standards are contained within the legislation to not only protect the work force, but also others who could be nearby or affected by the work.

The legislation, as most safety legislation within the UK, is derived from the European Directive 92/57/EEC on temporary or mobile construction sites. However, until now most of the requirements within the UK legislation has excluded work carried out for a domestic client, which is someone who will live within the property at which work is being undertaken.

Ireland & Italy have already faced sanctions for excluding domestic work and the UK has been warned, hence the review and subsequent new requirements.

The new 2015 CDM changes in legislation recognises that large construction sites are not where most people are being badly injured or killed. Of the 43 people who died on construction sites last year, most of these were working on smaller projects. Another large proportion of those killed were new-hires in their first weeks of employment. As we move out of recession, many more workers are likely to be in this position.

Many contractors have worked in the domestic sector because they have not had to complete paperwork or carry out risk assessments in the manner expected in the commercial sector. Simple projects require proportionate information, but some documentation will be required. Under the 2015 CDM changes, from 6th April 2015 all building projects will require 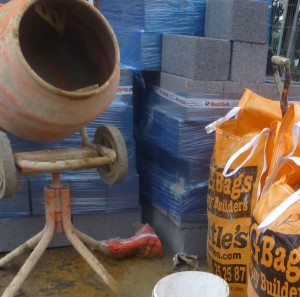 a construction phase plan. Where a principal designer has been appointed, a Health & Safety file must also be provided to the homeowner at the end. As the file remains with the property it may be requested when the house is sold.

Small works projects in the facilities and commercial management sector will have to comply, so contractor management arrangements may require amendment

Designers who move into the principal designer role are going to take on additional safety responsibilities and must ensure they have the necessary skills, experience and knowledge to fulfil these.

Client’s duties have changed and commercial clients are going to have to be more involved with ensuring the principal designer and principal contractor are fulfilling their duties. From 6th April they must also ensure that, so far as is reasonably practicable, construction work can be carried out without risks to health & safety.

This is therefore a significant change for all parties, and we at Hosking Associates are working with all our clients so they are aware of their responsibilities and what this means specifically to them.

If you require support to assist you with these new responsibilities we are well placed to help, please get in touch now.